by Conner for Arkansas

LITTLE ROCK - Former U.S. Attorney and candidate for the U.S. Senate, Conner Eldridge today continues his red truck tour around Arkansas. The tour, which has already seen Eldridge with his red debate truck in all corners of the state, will take Eldridge through Central Arkansas and Pine Bluff Monday.

"We're just two days away from Election Day 2016, and I'm really excited about the position our campaign is in," said Eldridge. "Stop after stop during the Red Truck Road Tour, it's been clear we have the momentum, and that's because our campaign is about getting back to the basics. We're seeing people from all walks of life and every political affiliation come over to our campaign in search of a strong, new voice for this state. They're drawn to the no-nonsense, country-first leadership our campaign exudes, and I'm proud of that. I'm also proud that in becoming U.S. Attorney, both Governor Beebe and Governor Hutchinson showed their strong support and belief in my ability to fight for Arkansas and our country. I will take that same no-nonsense, results-driven approach to the U.S. Senate."

The Red Truck Road tour has taken Eldridge all over the state in the final days of the campaign. His tour has included stops in Conway, Russellville, Paris, Fayetteville, Springdale, Bentonville, Jonesboro, Paragould, Hope, Texarkana, Magnolia, Camden, Searcy, Cabot, and Jacksonville over the last seven days. Along the way, Eldridge has stopped in at local restaurants, shops, businesses, cafes, factories and more all over the state has he focuses on listening to hardworking Arkansans whose voices routinely go unheard in Washington.

Eldridge also emphasized his no-nonsense, results-driven approach he held as a U.S. Attorney, saying he would take the same attitude to Washington to fight on behalf of Arkansas. Eldridge referenced letters written by both Governor Beebe and Governor Hutchinson recommending Eldridge for the job of U.S. Attorney, Gov. Beebe praising Eldridge for his "prodigious work ethic and impartial judgement," and Gov. Hutchinson saying, "I believe Conner will do an outstanding job for Arkansas and our country." The full recommendation letters are scanned and shown below. 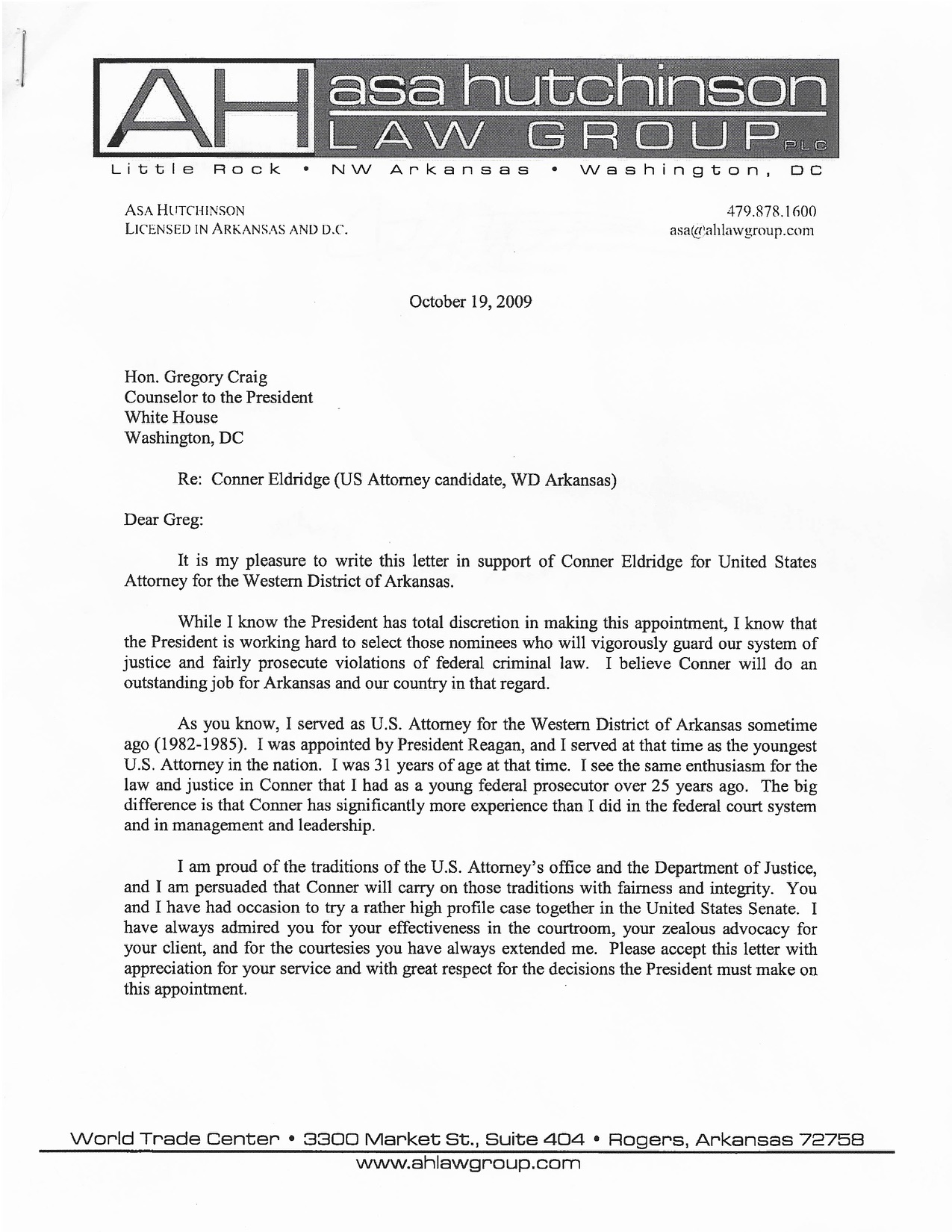 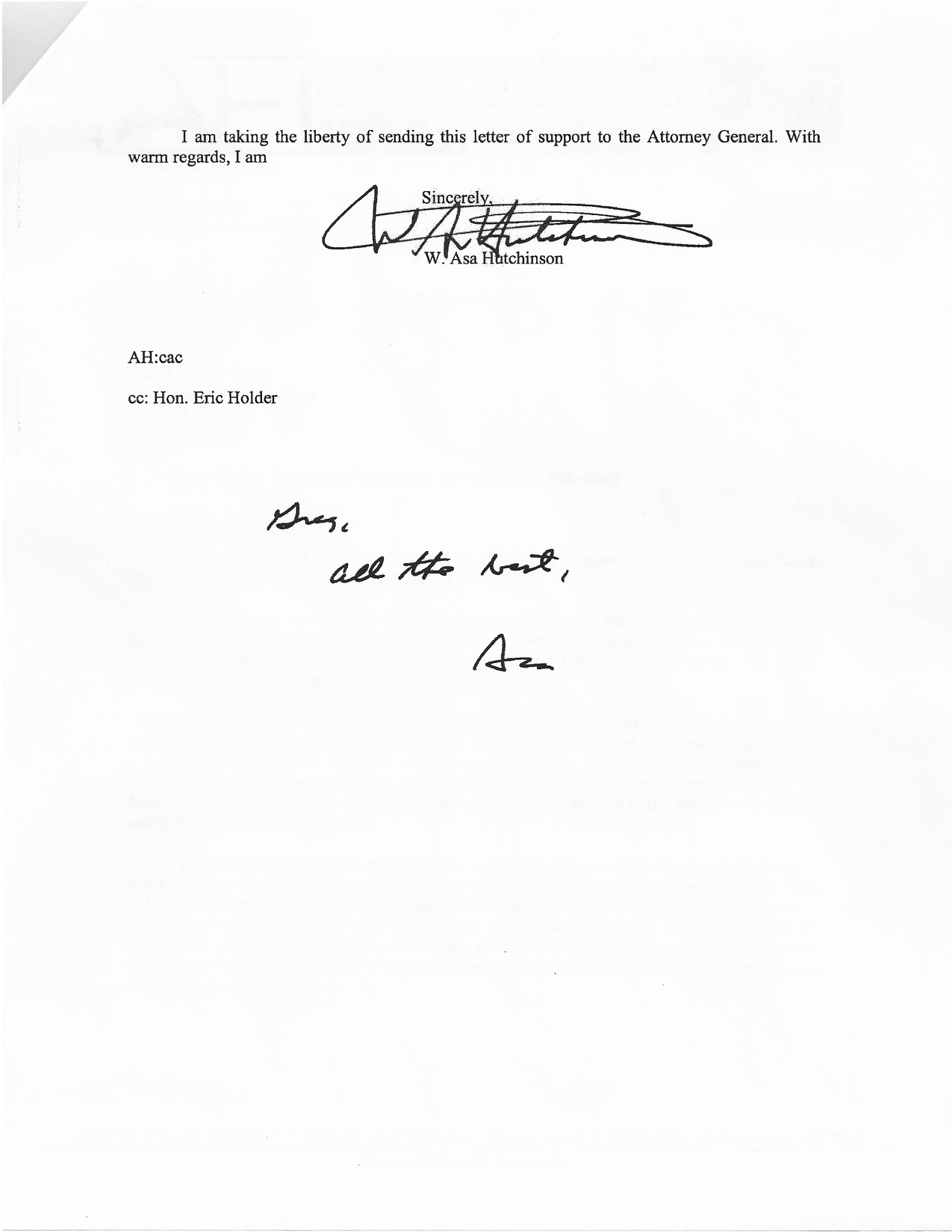 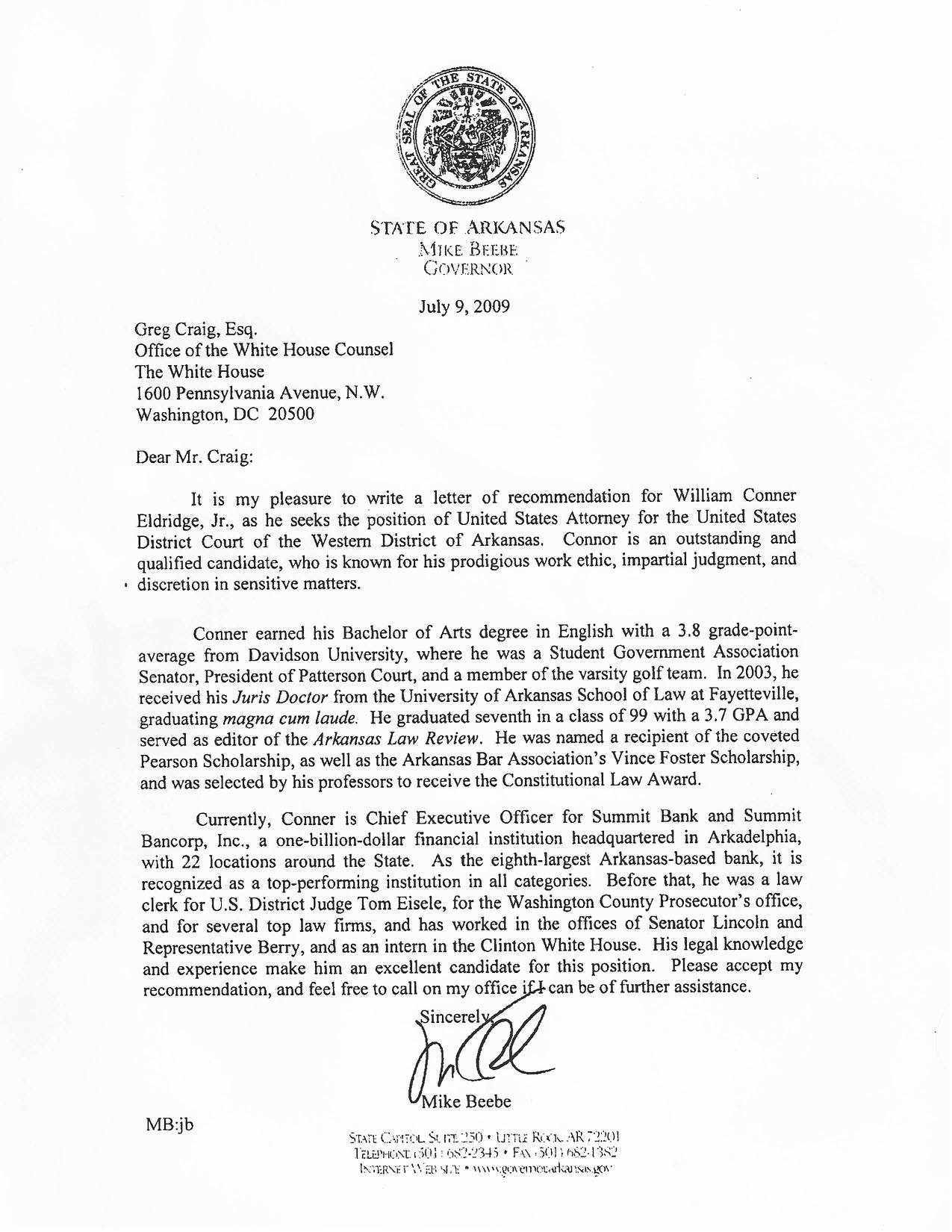